Back to news
GLEB LAPITSKY: “THE LARGEST OPENAIR IN THE WORLD”
Share with friends:

The XXIX International Festival of Arts “Slavianski Bazzar in Vitebsk” is to open in less than three weeks, so the forum management office is a hive of activity with everything humming, people buzzing along the corridors, phones ringing and lines of those who need to solve an urgent issue waiting in the director’s reception area. 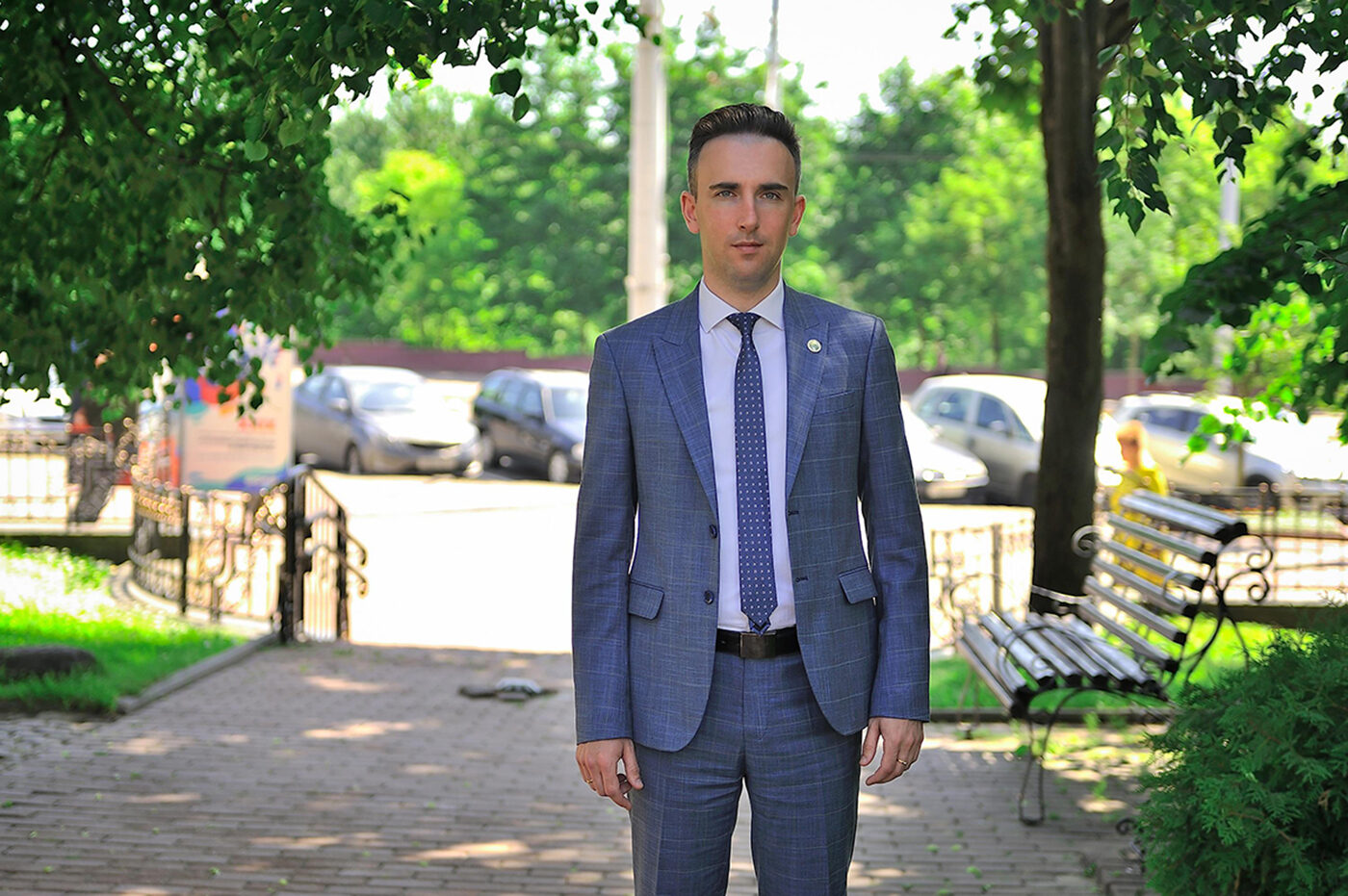 “The season is really busy. However, it has been so all the time. And now we work more actively”.

“At one time many people expressed doubts over whether the 29th pre-jubilee festival would take place. They were fueled by the fact that large-scale events were canceled in different countries, and there was no information from the Board of Directors...”

“There was no information outside the Board of Directors, while inside the work was in full swing. We worked on different concepts. We understood that the festival should take place and decided only on its format to minimize all possible risks and fulfill our obligations to our audience and artists. We followed the changes in the world situation, receiving information online 24/7.”

“Were you entirely sure that “Slavianski Bazaar” would be held?”

“There were doubts, especially as large-scale festivals began to be canceled. Then we realized that our forum cannot be compared with others, since “Slavianski Bazaar” has the support of the state. If it wasn’t for the support and we were to do all on our own, we might also have made the easiest and most popular decision to postpone the event. Like many other festivals, we could have invited people to come next year with the purchased tickets. But we were looking for ways, we were in touch with the ministries of culture, health, and foreign affairs to reach agreements with all authorities and work out the optimal mechanism for holding the festival.”

“Has the festival team had to work twice or thrice hard this year?”

“If to count the number of concepts proposed, they will be enough for decades to write.”

“It may be said that the festival is based on three pillars: the organizers, the artists and the audience. The Board of Directors, as you explained, was ready, and what about the rest?”

“We keep the information available, negotiate daily with the performers, which we started long before the epidemic and border closure. Today we use different channels, including the government, the organizing committee to promptly settle any current issues. Last month we decided not to invent a problem, but deal with it when we face it. At first, we tried to predict various situations and worked on solutions. Now we see that the world tends to remove the lockdown restrictions, open borders and ease quarantine measures.

The artists, naturally, were concerned about their health, and we know how many of them went through the disease. They also had doubts about sighing contracts, which is a legal responsibility of both parties, as the festival could have been canceled. Later on, the concerts were reformatted, there were principled negotiations with the artists, serious disputes and complex agreements on the organizational and financial part. As soon as everything was settled, we were able to announce the festival programme.”

“Do the audience vote with their feet?”

“And the ruble! Whatever we make up, there is always an opinion of the audience who decide whether or not to go to a concert. I would like to assure everyone that we can be calm as far as health and safety is concerned. The festival organizers will take all the measures that will be necessary at a particular time. Our venues are outdoor performance venues, and there is no strict recommendation for distancing. We understand that a family will not sit a few seats away from each other. If temperature control is needed to stop people with high temperatures from the audience area or face masks are required, we will do everything. We have made the programme so that there is enough time between the concerts to carry out preventive treatment of the venue. We have organized a special team to take care of cleaning of the seats, handles, railings, and so on. If there are other requirements, we will think how to fulfill them. Our main task is to ensure safety and security in the audience hall and behind the scenes.”

“This year the city residents and guests have a lucky chance to see most events on the streets and free of charge.”

“Yes, all events will be organized on the streets. Most of them are in the open-air format and free. We understand that it is not very easy for the audience and not only financially. The Board of Directors receives calls from people wishing to buy tickets and asking if the announced artists will be in the programme. There is a moment of doubt and disbelief, but there are no grounds for that. So far, all the artists have confirmed their participation. If there are changes, we will inform you.”

“Unfortunately, the Philharmonic and theater halls are not among the festival venues this year. It turns out that followers of the events at those venues won’t have a chance to enjoy their favorite arts?

“All types of arts will be presented in one form or another. This year there will be more street and square theaters. Interesting programs are scheduled on the venue near the Concert Hall “Vitebsk” such as the children competition, a DDFest dance project, #PROMOFEST, including four hours of music for the youth.”

“Has “Slavianski Bazzar” been paying more attention to youth projects in recent years?”

“Traditionally, the Youth Day will be celebrated, organized by the BRSM. We plan to use a new venue - the Recreation Park named after the Soviet Army - to hold a car audio festival and a festival of colours, while the floodplain of the Vitba River will become the site for a spectacular show by emergency workers.”

“Despite the closed borders, guests from different countries are coming to Vitebsk. How many flags will be raised this year?”

“According to the information we have today, there will be more than 25. From distant countries there will be Cuba, and negotiations are underway for the participation of a contestant from Canada. This year professional national selections for “Slavianski Bazaar” song contests have been held in Lithuania, Estonia, and Bosnia and Herzegovina. There will be a participant from Turkey. Over 29 years, representatives of more than 75 countries have visited “Slavianski Bazaar”.

“This year’s pop song performers contest is held in a new format. Its second day is combined with the closing of the festival. What is the reason for that? Is it cutting the programme or giving more importance to the contest?”

“We were trying to optimize the programme and keep its key projects. We understood that the opening and closing of the festival, the Day of the Union State and the contest should remain in the programme. We believed that it would be wrong to use a wonderful orchestra just for the contestants’ performance, and decided that the best option would be to combine the performances of contestants and pop stars. After all, it is great when the emerging performers from 18 countries will appear on the stage with their idols - Oleg Gazmanov, Lolita, Vakhtang Kikabidze, Alexander Rybak, Kate Ryan, Thomas Anders. This will be a kind of master class for the young conquerors of the pop Olympus. This year we have been encouraged to try a large number of experiments, and if we see their effectiveness, we may use them in the future.”

“What do you think will be a cherry on the cake “Slavianski Bazzar in Vitebsk-2020”?”

“The fact that “Slavianski Bazzar in Vitebsk” can afford to engage the whole city. The squares and streets will become full-fledged stages for four days representing different kinds of art. I believe it will be the largest open-air in the world.”

“Can we say we will set a record?”

“We will also set the festival record, but let’s say about it a bit later.”