Back to participants
Polad BÜLBÜLOĞLU

People’s Artist of Azerbaijan SSR (1982), Honored Art Worker of the Republic of Dagestan (2015), Doctor of History of Art (1991), Professor (2000). In 2015, Polad Bülbüloğlu was granted “Through Art to Peace and Mutual Understanding” Special Award of the President of the Republic of Belarus Alexander Lukashenko. 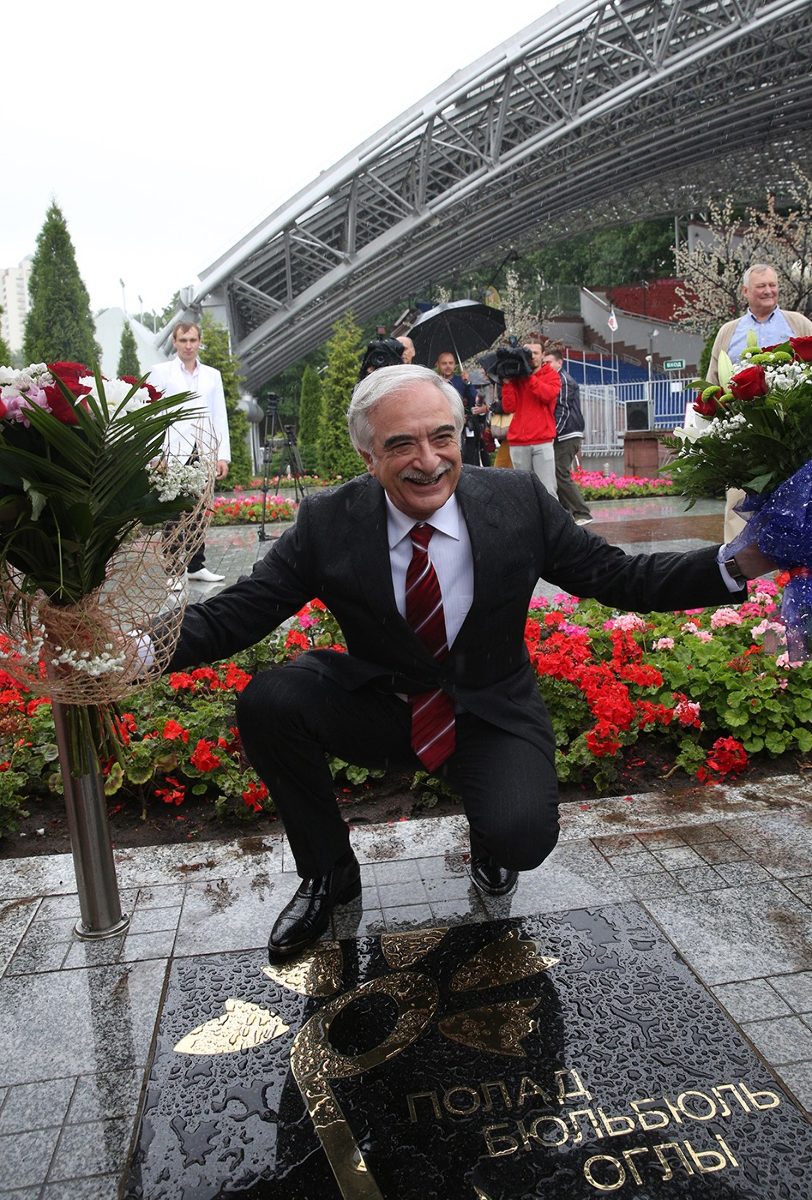 The name of Polad Bülbüloğlu is perpetuated on the Walk of Fame in Vitebsk.

Since 1965 he’s been performing as a singer and composer and has toured in over 70 countries.

In 1976, he headed a variety ensemble of the Azerbaijan SSR.

In 1988, Bülbüloğlu became Minister of Culture of the Azerbaijan SSR.

From 1994 to 2006, he was Director General of the International Organization of Turkic Culture “TURKSOY” (Ankara, Turkey). Between 1995 and 1998, deputy of the Milli Majlis (Parliament) of the Republic of Azerbaijan.

In 1995, Polad Bülbüloğlu became Honorary Professor of the Azerbaijan State University of Arts and Culture. A. Huseynzade.

In 2000, the opening of Polad Bülbüloğlu’s Star took place at the Moscow Performers' Square (Russia).

In 2002, he was elected Chairman of the Council for Cultural Cooperation of the CIS Ministers of Culture, and awarded “Serving the Turkic world” by the Union of writers and art workers of the Turkic world

In 2006, he was appointed Ambassador of the Republic of Azerbaijan to the Russian Federation.

In 2009, he was elected Chairman of the Board of the Interstate Fund for Humanitarian Cooperation of the CIS member states.

In January 2010, his album “Bulbul sang... Polad Bülbüloğlu sings” with the Azerbaijani folk songs was released.