Back to participants
Mikhail FINBERG 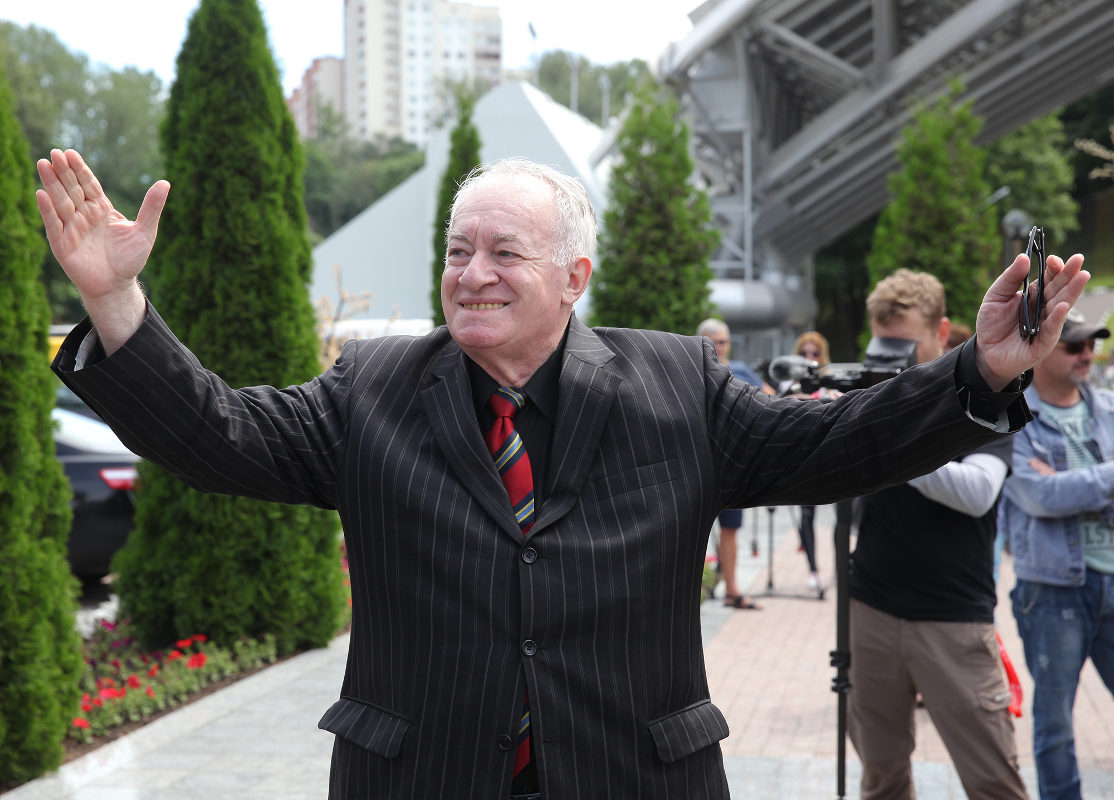 Over 25 years the National Academic Concert Orchestra of the Republic of Belarus and its director, artistic director Mikhail Finberg, have become a kind of musical symbol of the International Festival of Arts “Slavianski Bazaar in Vitebsk”.

Mikhail Finberg has been a member of the Organizing Committee, the stage production team of “Slavianski Bazaar in Vitebsk”, a music director of the festival and chief conductor of the International Pop Song Performers Contest “Vitebsk” for many years. 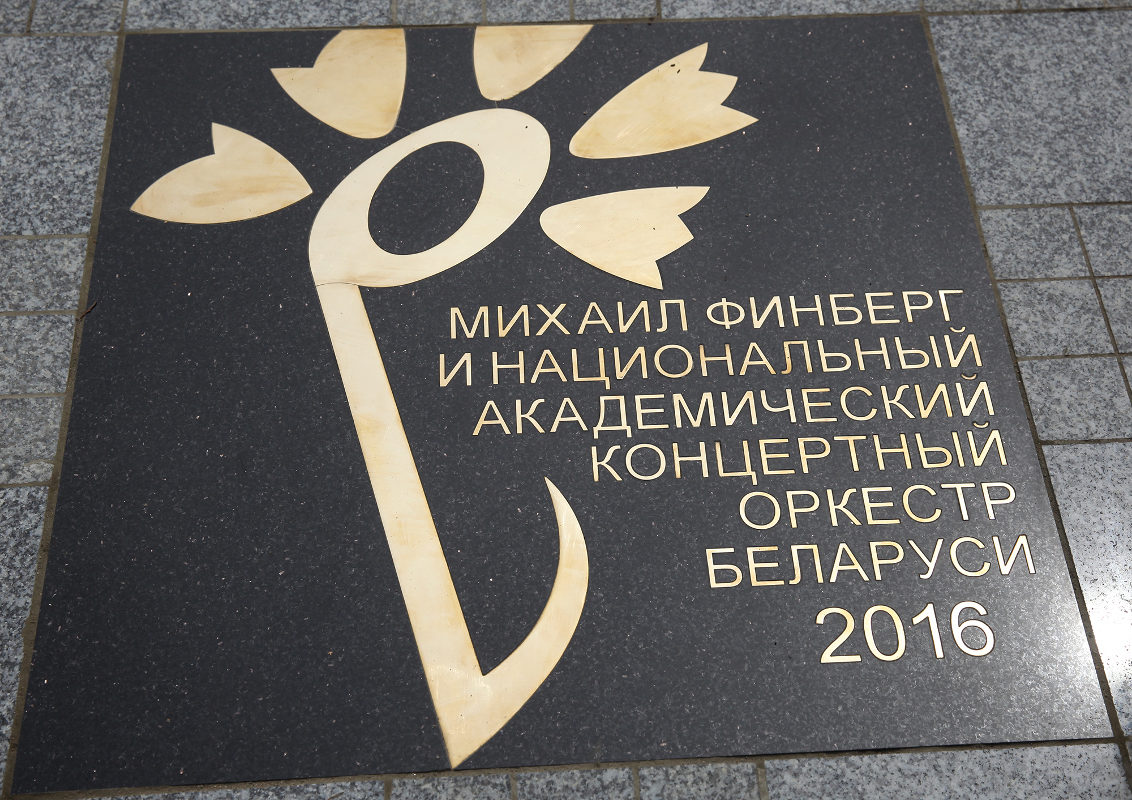 In 1992, at the International Music Festival “Slavianski Bazaar” the State Concert Orchestra of the Republic of Belarus under Mikhail Finberg established a longstanding festival tradition of celebrating anniversaries on the stage of the Summer Amphitheatre. The orchestra celebrated its fifth anniversary at the first festival and went on jubilee concerts in 1997, 2006, 2012. The gala concert of the 20th anniversary was symbolically called “The orchestra that is always a celebration!”. In 2012, the jubilee program was mentioned in the posters as “We are 25! Everything starts anew”.

The orchestra under Mikhail Finberg has been a frequent guest at recitals and concerts of acclaimed art workers of Belarus and foreign countries. 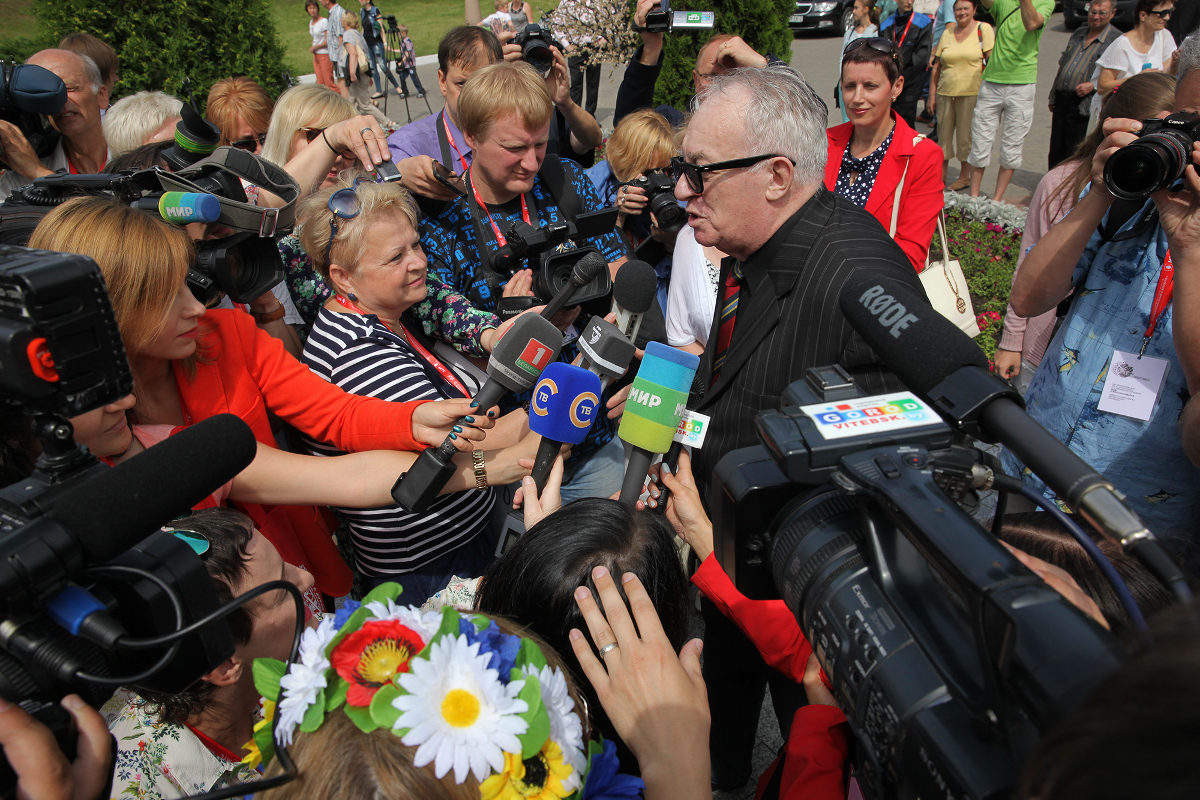 Another notable event featuring the orchestra was the commemoration meetings where it performed the wonderful music by the XX century composers: People’s Actor of Russia, composer Yury Saulsky (2002), a gala concert of masters of arts of Belarus “Mulyavin’s Star”(2003), People’s Artist of the USSR, composer M. Fradkin (2004, 2014).

In 1999 and 2002, the Belarusian orchestra accompanied gala concerts by pop stars of Yugoslavia and art masters of the Balkan countries.

In 2007, the Orchestra presented the program “Jazz Panorama”.

In 2008, Mikhail Finberg was awarded the Union State Prize in literature and art during the festival.

In 2009, a charity concert “From Moscow to Brest” dedicated to the 65th anniversary of liberation of Belarus from the Nazi invaders was held.

In 2011, the Concert Orchestra of the Republic of Belarus greeted “Slavianski Bazaar in Vitebsk” with a gala concert “Happy Anniversary, Festival!” 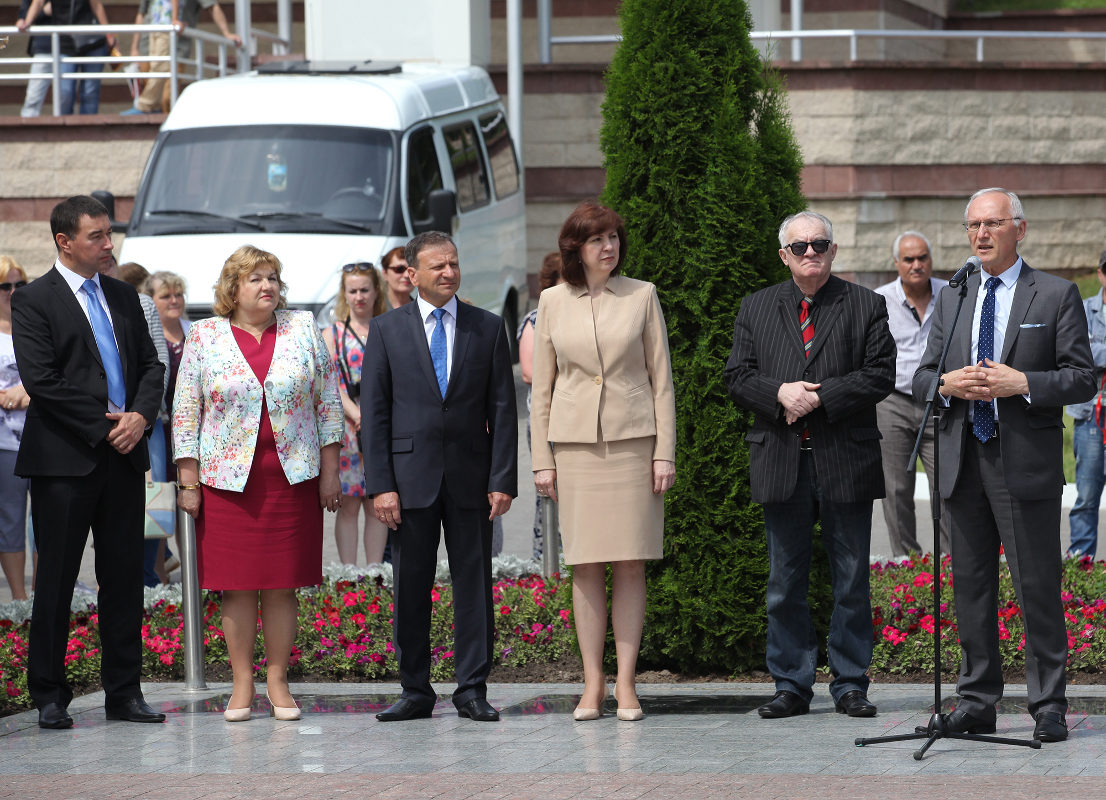 In 2015, “Slavianski Bazaar in Vitebsk” presented a gala concert “The song remains with a man” in the Summer Amphitheatre, featuring not only long-time friends of the arts forum, but also a new generation of musicians and performers.

The Orchestra is a regular participant of the Opening and Closing Ceremonies of the International Festival of Arts “Slavianski Bazaar in Vitebsk”, traditional gala concerts by masters of arts of Belarus and the two editions of All-Union Festival of Polish Song.

Many years of his creative activity Mikhail Finberg has devoted to the development and promotion of the Belarusian art.

After graduation from the conductor's department of the Belarusian State Conservatory and completing a post-graduate course, Mikhail Finberg worked for the National Orchestra of Radio and Television. Then he was the conductor and chief conductor of the Minsk State Circus Orchestra.

In 1987, he headed a new national orchestra, now known as the National Academic Concert Orchestra of Belarus.

In 1998, the Orchestra was given the title of “The Honored Collective of the Republic of Belarus” for its high performance mastery, a considerable contribution to the development of the Belarusian orchestra art.

By 2016 the Orchestra’s prepared and held over 200 festivals in all regions of Belarus: music and arts festivals “The Muses of Nesvizh”, “Zaslavl”, “Polesie meetings”, “Mir Castle”, “Chechersk Meetings”, “Turov”, “Mstislavl”, “Pinsk meetings”, and others.

Mikhail Finberg is the holder of jubilee badge “10 years of Belarus and Russia Peoples Unity Day”. The “Star of Mikhail Finberg” was laid in Moscow's Stardom Square.