Back to news
SEE YOU AGAIN AT THE ANNIVERSARY FESTIVAL!
Share with friends:

The XXIX International Festival of Arts “Slavianski Bazaar in Vitebsk” has finished and the main intrigue has been resolved. 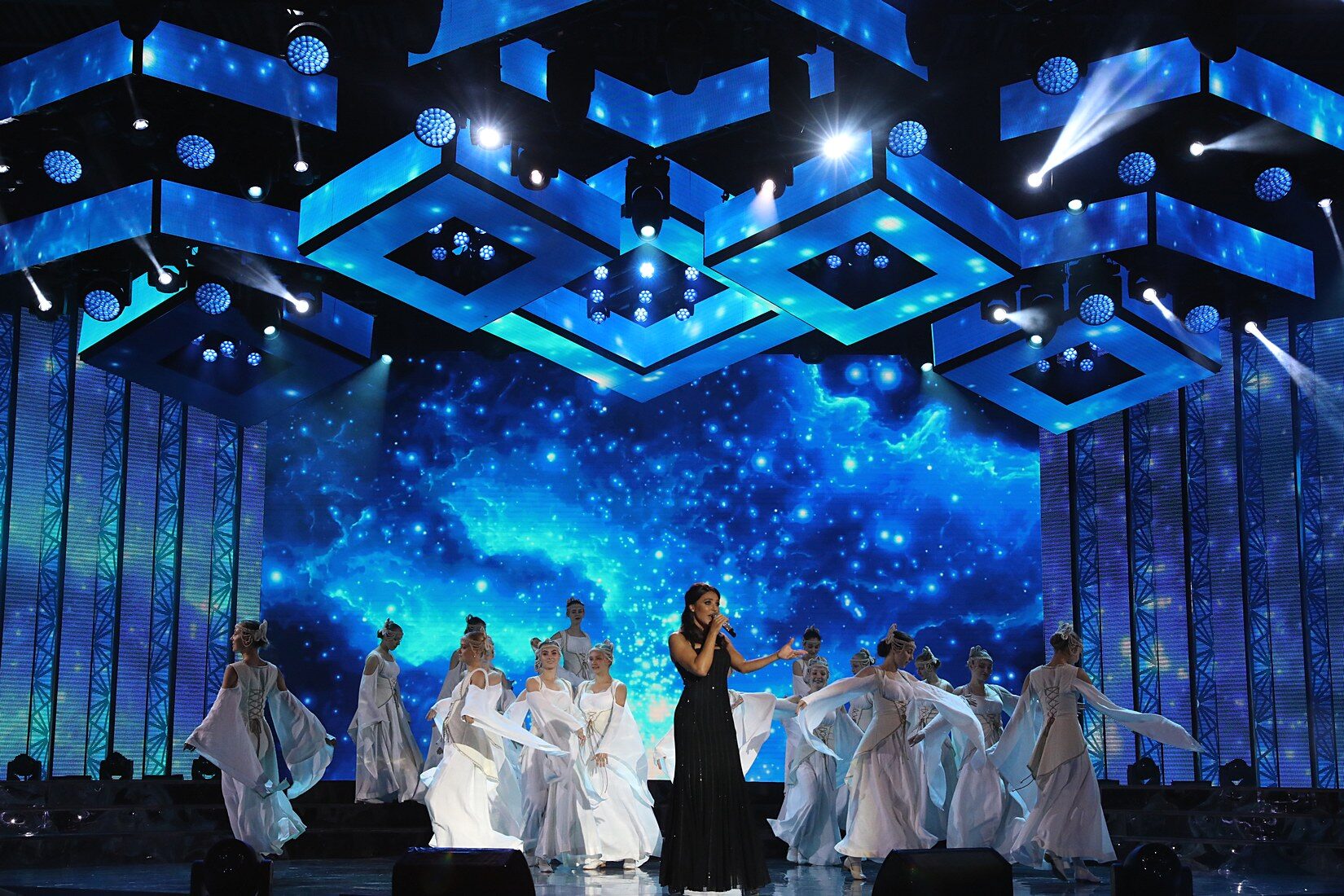 Grand Prix of the International Pop Song Performers Contest “Vitebsk-2020” has been awarded to the Belarusian Roman Voloznev!

The Awards Ceremony was held at the closing gala concert of “Slavianski Bazaar in Vitebsk”.

The main prize was given to Roman Voloznev by the Chairman of the International jury, People’s Artist of Russia Oleg Gazmanov.

According to the results of the two competition rounds, Roman Voloznev, who presented a song of his own composition “Svyacha” on poems by Maxim Bogdanovich and the world hit “Autumn Leaves”, received equally high score from the jury members.

In addition to “Lyre” Special Prize, Roman received a cash prize of 20 thousand dollars, “Vladimir Mulyavin” Special Prize for the best embodiment of the national theme and high performing skills and the Special Prize of the Parliamentary Assembly of the Union of Belarus and Russia. 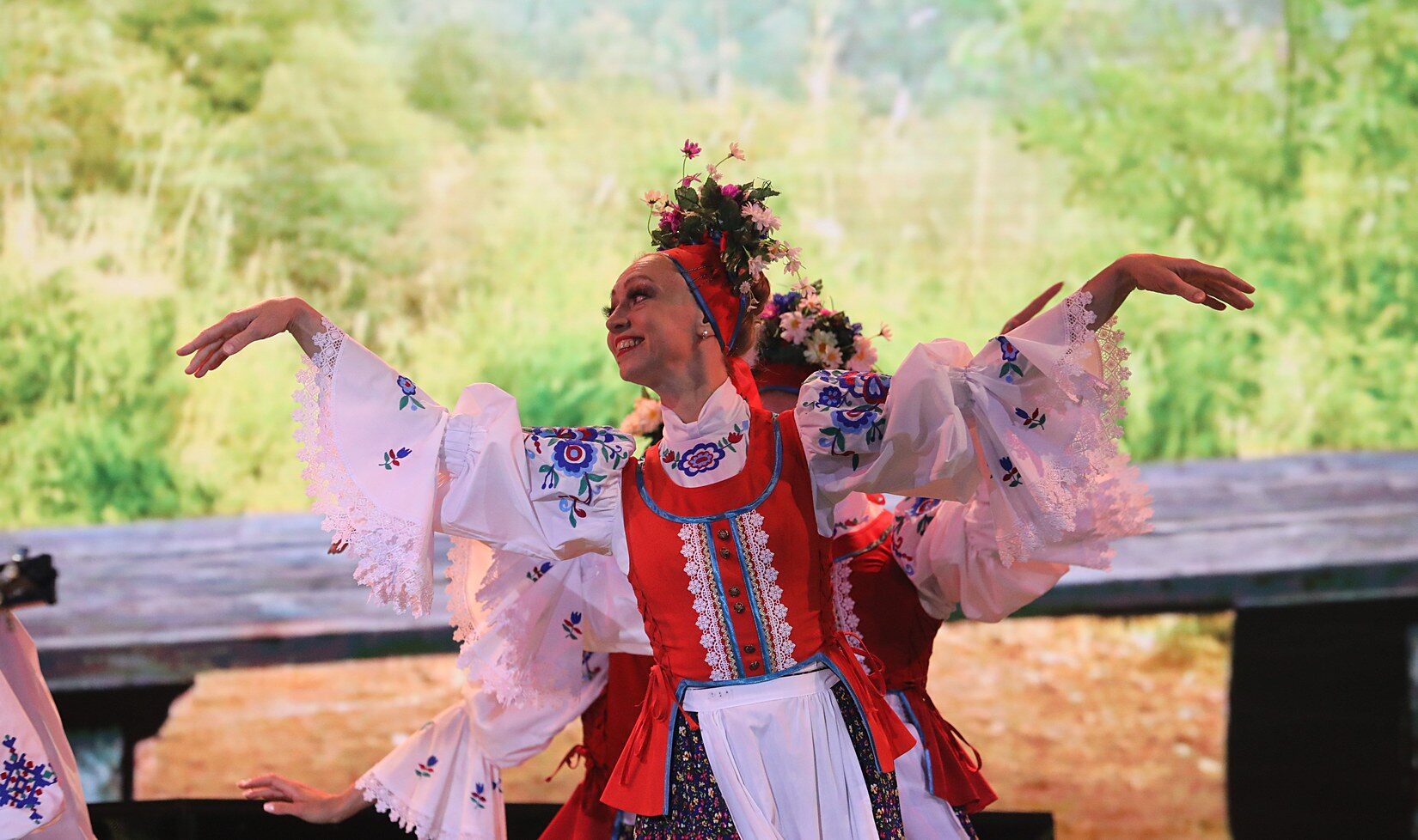 The Ukrainian singer Elina Ivashchenko with the same number of points as Roman was awarded the First Prize and the Special Prize of the President of Belarus “Slavic hope”.

Karolina Lyndo from Lithuania won the Second Prize of the contest, and the Third Prize was shared by Ivona Odicki from Bosnia and Herzegovina and Khansultan from Kazakhstan.

Traditionally, a contestant from Russia was awarded the Prize of the Parliamentary Assembly of the Union of Belarus and Russia. Elena Freyman was also given the prize of the Interstate TV and radio company MIR.

This year, young performers from 14 countries – Armenia, Belarus, Bulgaria, Bosnia and Herzegovina, Italy, Kazakhstan, Cuba, Latvia, Lithuania, Moldova, Russia, Serbia, Ukraine and Estonia competed for the right to get “Lyre” at “Slavianski Bazaar in Vitebsk”. Each contestant performed in the closing concert, accompanied by Alla Dukhova’s show ballet “TODES”, and received not only the jury’s evaluation, but also the support and applause of the audience. 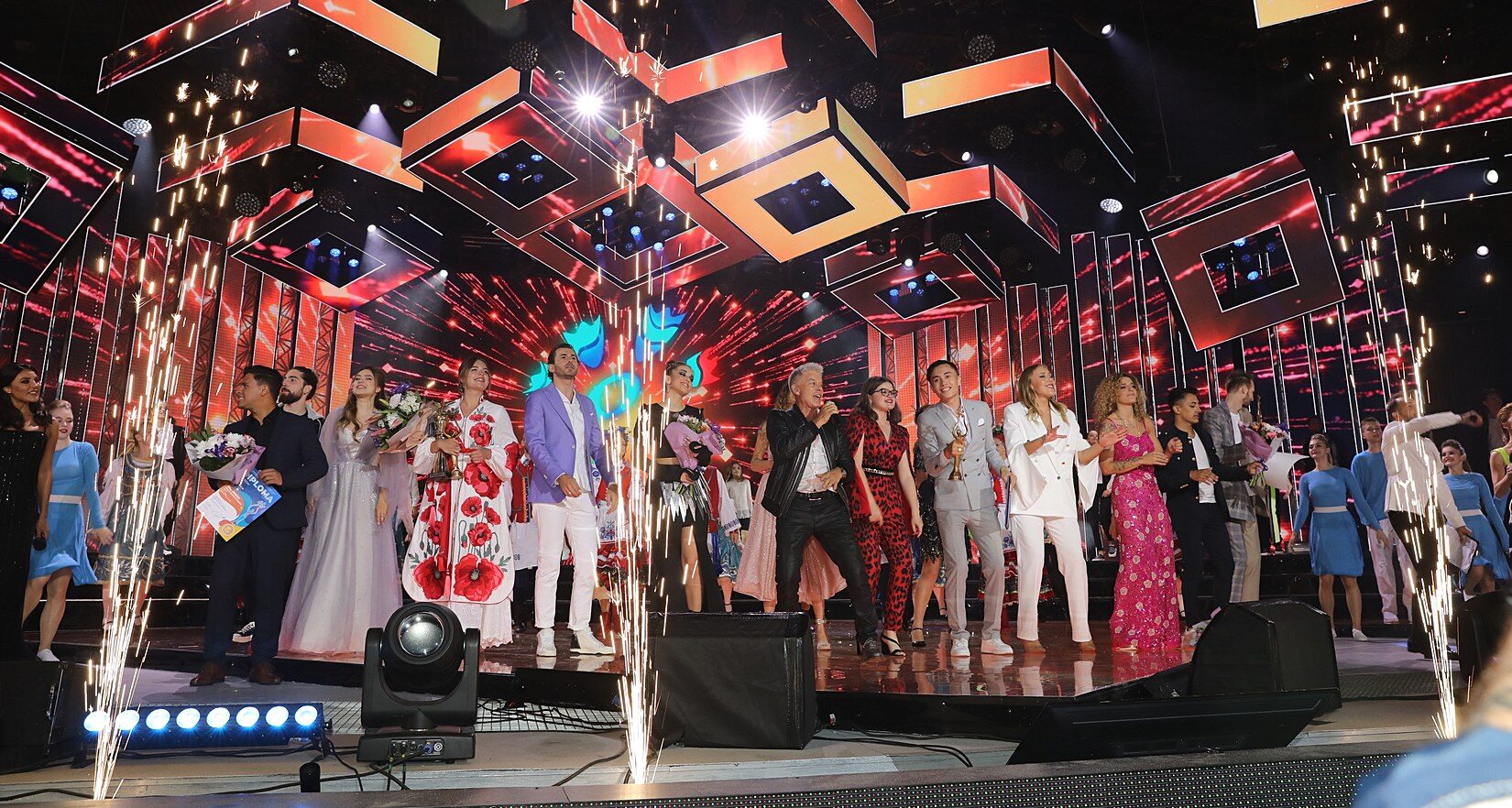 The closing gala concert of the festival, as planned by its director, Honored Worker of Culture of the Republic of Belarus Marina Romanovskaya, became a launch pad in 2021.

The festival-2020 finished with colorful fireworks.