Back to news
"WE ARE HAPPY PEOPLE. WE FEEL FRIENDS"
Share with friends: 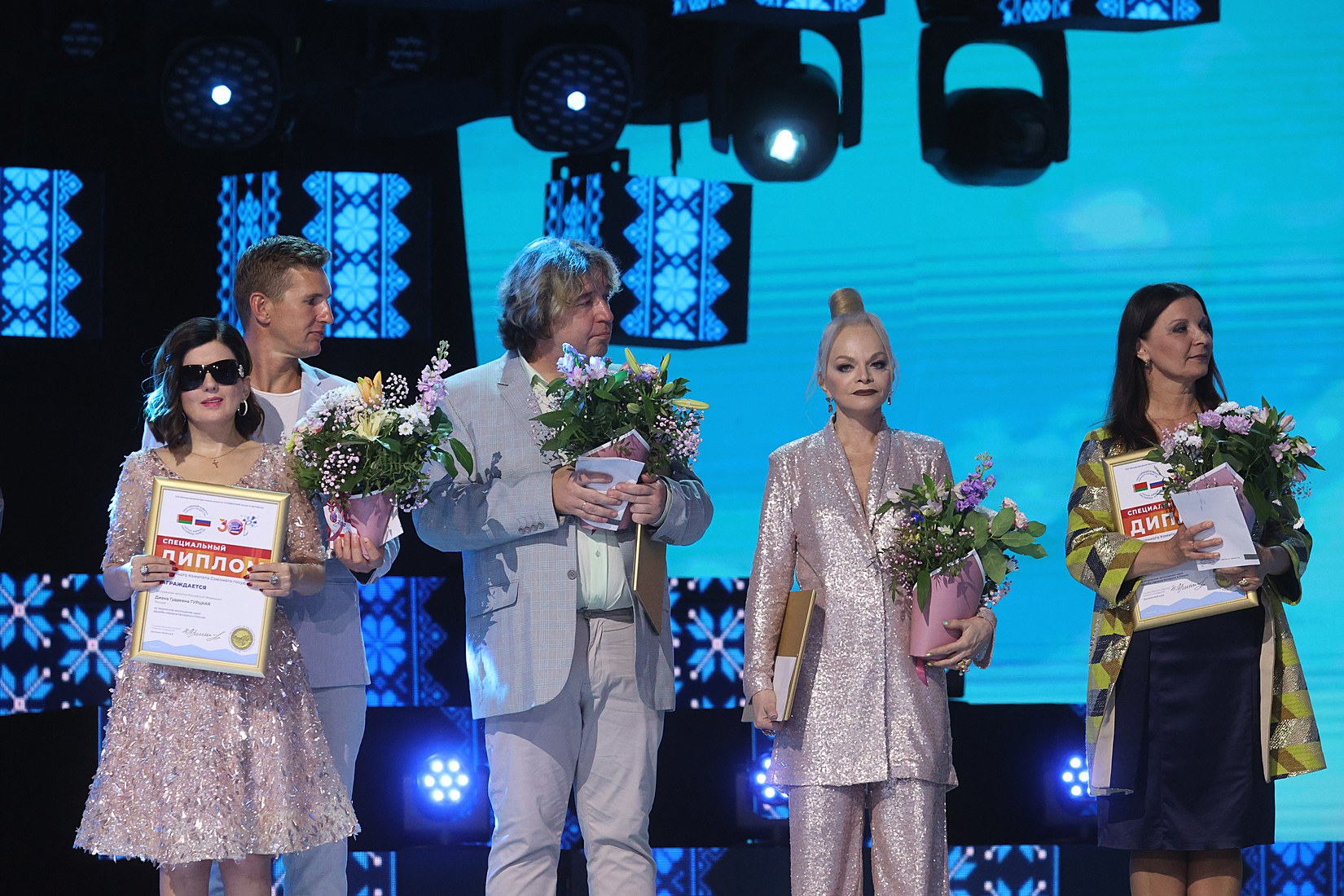 The Union State Day at the 30th anniversary "Slavianski bazaar in Vitebsk" culminated into a grand concert in the Summer Amphitheater. Favorite Festival tunes sounded, and Elena Spiridovich, the concert presenter, congratulated the city and the Festival on the occasion.

Dmitry Mezentsev, the State Secretary of the Union State, being welcomed with a storm of applause addressed the jubilee Festival, the concert and TV audience:

- Dear Vitebsk, dear guests of the city. The Festival came off. It has been making each of us happy for 30 years. We are happy to have the right and honor to be present at the legendary Summer Amphitheater. "Slavianski Bazaar in Vitebsk" unites everyone who honors and preserves traditions, culture, all those who are hospitable.

The Union State and relations do not depend on political winds; they follow everybody’s spiritual impulses. "Slavianski bazaar in Vitebsk" continues its 30 years’ run. We are ready to support the International Forum of Arts in Vitebsk. The decision was taken to prolong the Union State Day for several days in the upcoming 2022. Our countries, our states are ready for cooperation. The Festival is to be in Vitebsk, and we are excited about it. The relations in the Union State are worth respecting. Our homes and partnership are open to new friends. We preserve the memories of the past, the memory of our common victories and history.

Union of Belarus and Russia, Chairman of the State Duma of the Federal Assembly of the Russian Federation. The address emphasized the fact that "Slavianski Bazaar in Vitebsk", strengthening friendship, and expanding international cooperation, has been a center of attraction for creative people from different countries for 30 years. 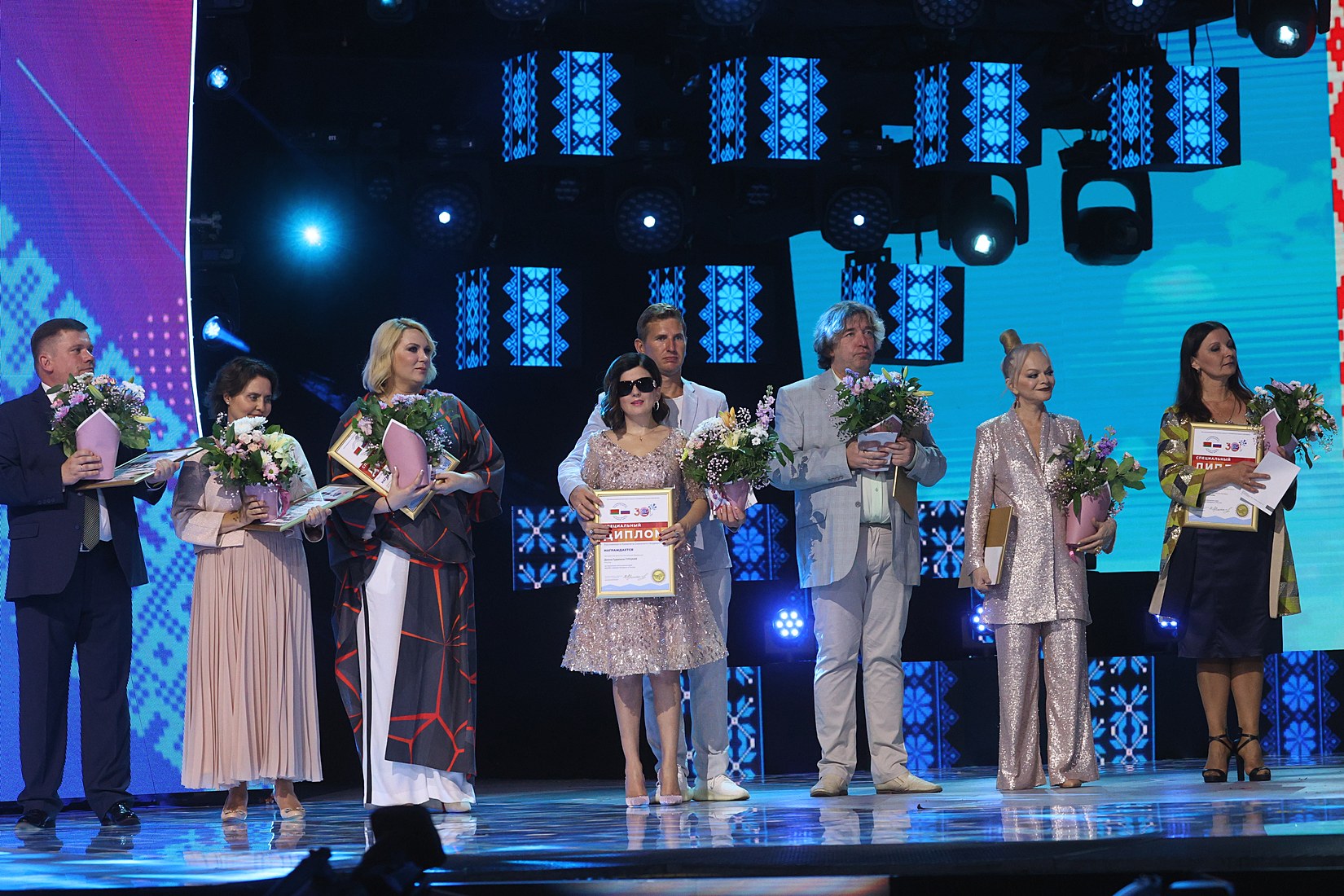 The stardom concert followed the award ceremony. The ovation greeted all the artists-participants. The latter weren’t sparing in giving praise. Larisa Dolina, Irina Vashchenko, Alexander Oleshko, Gleb Matveychuk, Sergei Volchkov, Sergei Voitenko, the "Bayan-Mix " duet, soloists of the Bolshoy Theater of Belarus, expressed their love to the city and the Festival.

The National Academic Choir of the Republic of Belarus named after G.I. Tsitovich, State

Academic Russian Folk Choir named after M.E. Pyatnitsky, the All Saints "Male Choir" and the

Choir of the Sretensky Monastery impressed the audience with vocal and performance.

Anastasia Gladilina and Diana Gurtskuya, the Laureates of the International Pop Song of Performers Contest " Vitebsk", and Alyona Lanskya, the Grand Prix Holder of "Vitebsk -2011" were met with stormy applause.

Songs and fiery dances swirled for more than two hours. Everyone who attended the concert got a boost of energy and festive mood.