Back to news
“ONE DAY I’LL WRITE A BOOK...”
Share with friends:

The king of pop music, “the best of the first” on the Russian stage, Philipp Kirkorov has spent his “Star Hour” meeting in Vitebsk in a cheerful mood. The artist willingly told the journalists about his children, roles in the movies, relations with Alla Pugacheva’s family, and creative dreams.

Kirkorov spoke kindly about Belarus, where he feels comfortable, and confessed his love for “Slavianski Bazaar”. 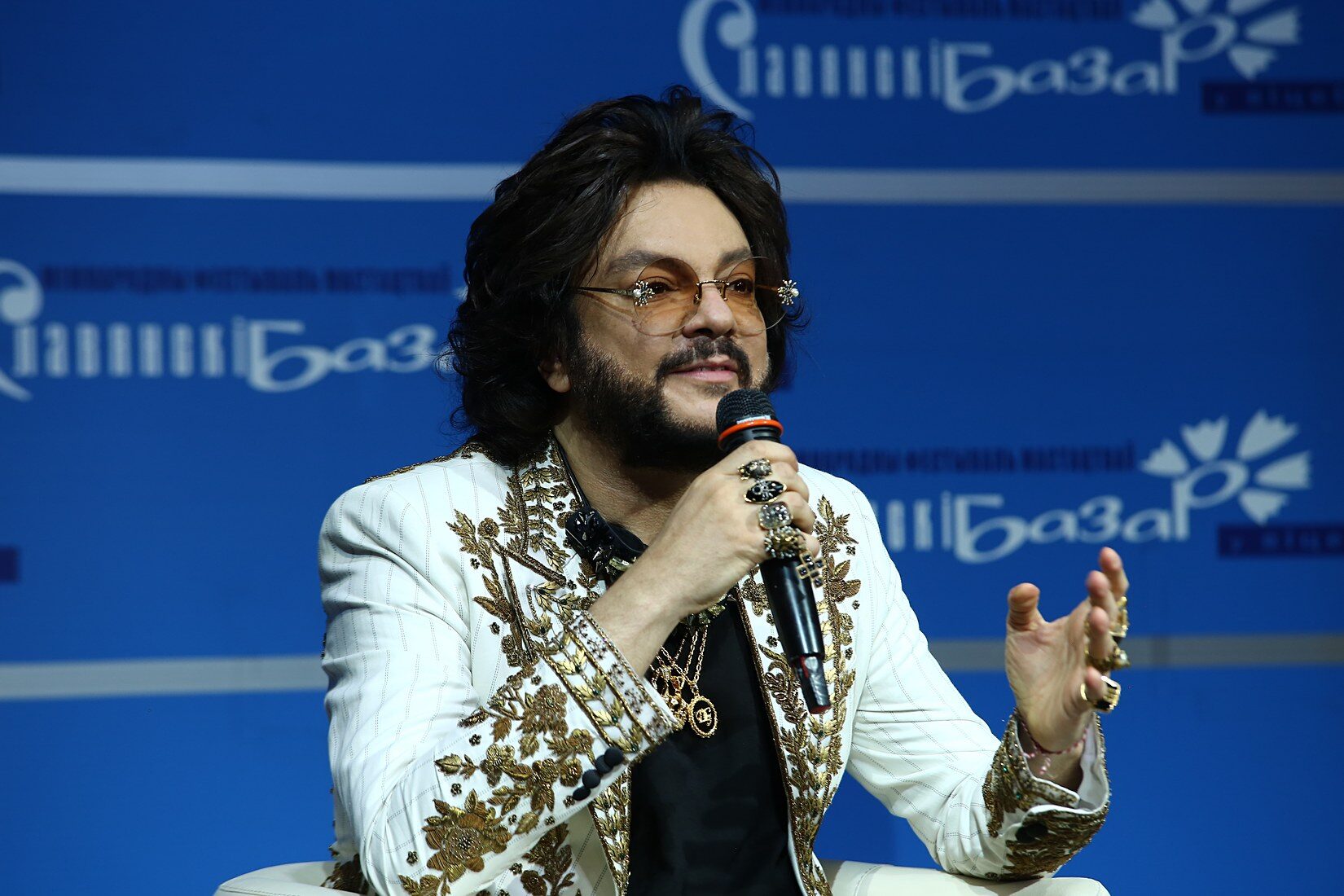 “There are no boundaries for an artist. I was standing with great dignity and pride under the Belarusian flag at the Eurovision Song Contest in 2007, representing Dima Koldun. Our result then was the highest for Belarus since the country’s first participation in Eurovision. I am proud of that and wish for Belarus to win this contest and host Eurovision. This contest should be held here, in Vitebsk. Why not? It is not always the capitals that host Eurovision contest,” said Philipp Kirkorov. Speaking about the Vitebsk festival, the artist said: “They have “Oscar”, “Grammy”, and we have “Slavianski Bazaar”, which is the only one of all the major festivals that is taking place in this monstrous time. You took a chance on it, and now the 29th festival opens on the legendary stage. That’s a lot. There are so many festivals that started and finished in my lifetime, but yours continues.

It has an amazing atmosphere. So much has happened here in my life, so many memories are alive. For me, the festival is an inseparable part of my biography. One day I will write a book, and I will express the emotions from all my visits here…”

The artist said that he had no concerts after the concert in Tyumen on 18 February, and therefore he was pleased to come to “Slavianski Bazaar”. The only difficulty was parting with two angels. He wanted to take his children – son Martin and daughter Alla-Victoria – to “Slavianski Bazaar”:

“The kids love parties, they were at Eurovision, supported Sergey Lazarev, they love “Zhara” (“Heat”) festival in Baku. We planned to come as a family this year, with Bedros, who celebrated his 88th birthday. Alla-Victoria is 8 years old, and Martin is 8 years old. Four eights! This is a symbol of the infinite desire for life, love. I love it when my close and beloved people are in the hall, it inspires me. But this time there was no possibility for us to come all together.”

Philipp Kirkorov said that he spent a lot of time with his son and daughter during the self-isolation period:

“Thanks to covid, God forgive me, I finally had time with my kids. For 8 years I was out and about – concerts, tours, filming… There were rare moments left for children. And here it’s such a pleasure to be with them. They’re growing up and start asking questions that I would like to think about tomorrow. And they ask today! It’s interesting to see how they grow, develop, what characters they have. By the way, they are different. The son is fond of football, and the daughter enjoys drawing. Both are engaged in equestrian sports and study English.” 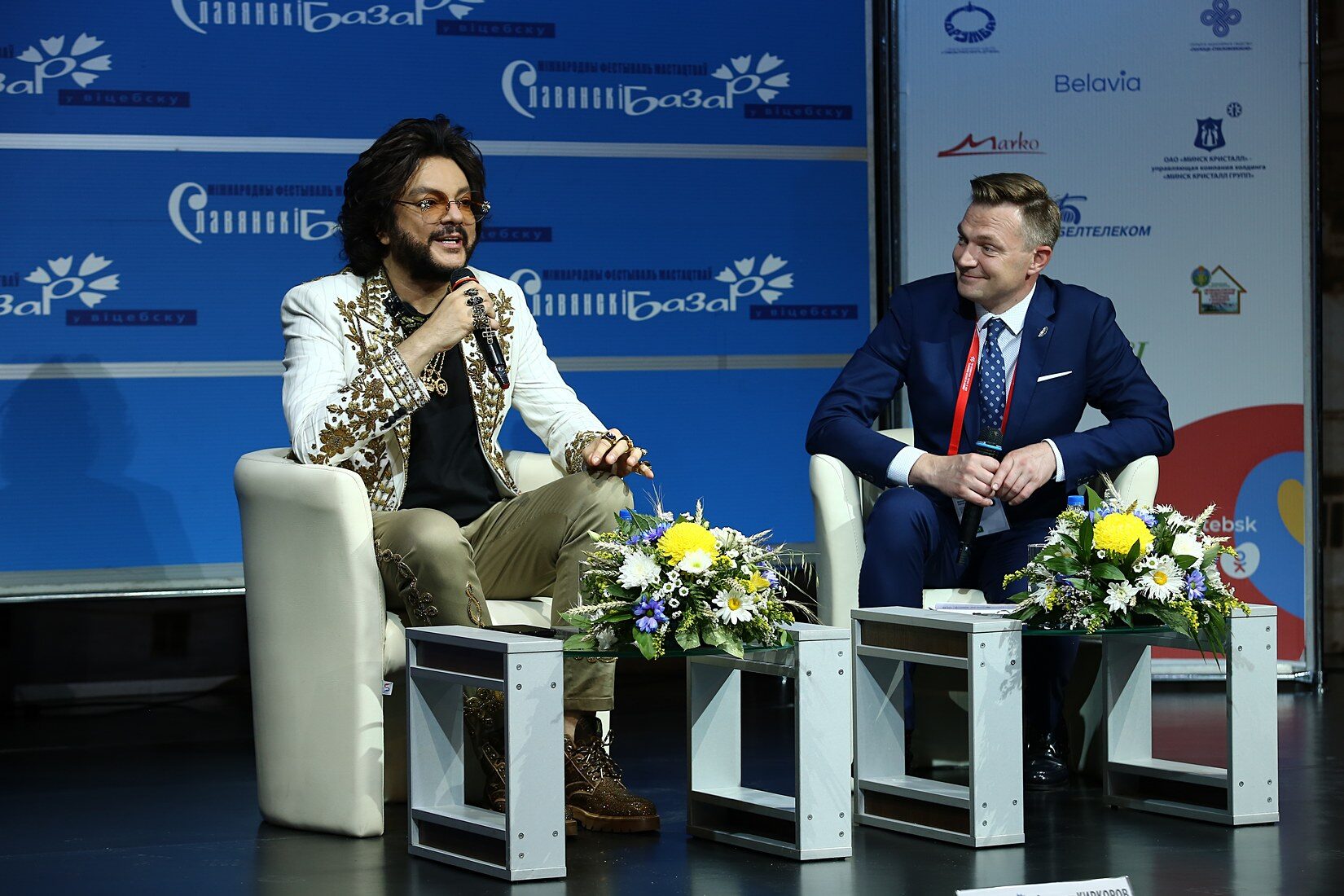 When asked about the relationship with Alla Pugacheva, Philipp Kirkorov answered:
“We don’t have a relationship. Everyone has their own lives. We have never had a friendship as families. She has her own family, her husband. I have my own. Being the odd one out and showing up at their place is kind of weird. Alla for me is a lodestar for brilliant creativity, all the brightest things in my youth and life. And even here, at “Slavianski Bazaar”. She has given me a lot. But it gives me pleasure to follow her happiness keeping my distance. For example, in Instagram. Unlike Alla, I am subscribed to her news. But if she or her family needs help, I will be the first to offer my support.”

The artist has recently participated in the shooting of the children film “Yeralash”. When asked what role he played, the artist sighed:

“I have been playing myself for years. And this is my main trouble and tragedy. Even Saint Valentine in the movie “Love in the big city” - Bedrosovich, a fairy-tale character with a reference to me, that is, to the image of a pop artist. And I have a dream to play the role of King Lear in the theater. Maybe one of the great directors, for example, Serebrennikov, will take a risk and invite me.”

The artist also admitted that he really likes to voice cartoons, and he worked on several Disney cartoons.

Philipp Kirkorov is convinced that no one should ever ask for anything. “They will come and offer themselves.” The artist confirmed that in the future he intends to win “Grammy” Award.

Philipp Kirkorov told the journalists about his childhood dreams:

“I wanted to be a magician.” My grandmother was a circus artist, and I spent a lot of time in the circus. I watched the circus performances on Tsvetnoy Boulevard and squealed with delight... But time passed, and I began to sing…”

During the “Star Hour” the singer announced a new song performed with a famous artist. He promised that their collaboration would “blow up” YouTube.

At the press conference Philipp Kirkorov was invited to an exhibition of portraits from coins, including the portrait of the singer by the artist Vadim Krasovsky from Mogilev. The author promised to present the portrait. The king of pop visited the Local History Museum. Whether the “deal” took place remains an intrigue. Just according to the title of the exhibition “Intrigue… Continuation…”.