The XVIII International Children Music Contest “VITEBSK-2020” is held in the format of the XXIX International Festival of Arts “SLAVIANSKI BAZAAR IN VITEBSK” from July 13 to July 22, 2020 (July 16 – the opening, July 20 – the closing of the Festival) in Vitebsk, the Republic of Belarus.

2.The Contest is open to:

l children aged 8 – 14 including (on the last day of the festival);

l no more than 21 participants from different countries of the world (one singer from a country);

lsingers who have stage experience, received awards at national music contests and festivals. The priority factor in the selection for participation in the Contest is a recommendation of the government body of the cultural sphere of the participating country, and (or) the victory of the participant in the national selection round (when it is held).

4.Every official entry should include the following materials:

Lyrics of the submitted songs in their original languages and translated into Russian and English.

Curriculum vitae (resume), copies of diplomas awarded at other music contests and festivals (2018-2019).

Passport copy and birth certificate of the participant and passport copy(ies) of the accompanying person(s).

6.No entry materials submitted for the Contest are returned. The Board of Directors shall not provide the official evaluation. Entries that lack any of the above mentioned materials or sent after the deadline shall not be considered.

7.The official confirmation of the participation in the Contest (Invitation) is sent by the Board of Directors on behalf of the permanent Republican Organizing Committee (hereinafter referred to as the Organizing Committee) on the preparation and holding of the International Festival of Arts “Slavianski Bazaar in Vitebsk” not earlier than one and a half month prior to the Contest.

8.The Contest is covered by mass media representatives accredited at the Festival.

9.The Contest performances are held publicly within two contest days in the format of an entertainment event with the use of modern technical means of expression, stage images (“show programme”). The participants perform two (2) songs, four (4) minutes or less in length each, with “Playback -1” (‘dat’, flash drive). The recorded back vocal is permitted if it doesn’t duplicate and drown out the original voice (melodic line) of the singer. The “Playbacks-1” are to be provided by the participant.

10.The Contest songs should have children-oriented or youth-related contents and themes, and correspond with the age and outlook of the performer.

12.On CONTEST DAY TWO every participant performs a popular song of his/her own choice demonstrating mastery and artistic skills.

14.Every participant should submit the sound carriers with the concert songs to the Board of Directors before drawing lots to secure the sound and track length check.

15.The participants may replace the submitted songs providing a written request not later than 2 months before the Contest opening.

16.The performance order for each Contest day is determined by drawing lots held in the presence of the International Jury (hereinafter referred to as the Jury) and mass media representatives.

17.Every participant may be accompanied at the Contest by two persons.

18.Travel expenditures related to arrival in Vitebsk or Minsk (in case of absence of direct flights, depending on schedule of passenger service) and departure from Vitebsk or Minsk, registration and medical insurance are covered by the participant and accompanying person(s) or contributing party.

19.All the expenditures connected with the accreditation of the participant and accompanying person(s), accommodation and meals, promotional campaign, TV broadcasting, handbills and booklet production, an interpreter (if needed), transportation within the city of Vitebsk are covered at the expense of the republican and (or) local budget within the funds provided by the state authorities for holding centralized events and resources not forbidden by law.

Note: All the participants of the Contest and their accompanying person(s) are accommodated in a Vitebsk hotel (if rooms are available) or a student’s dormitory on decision of the Board of Directors.

21. The International Jury is designated by the Board of Directors on contract and comprises famous pop song performers, composers and poets, managers and producers (excluding the managers and producers of the participants), journalists, prominent political and social figures, and other intellectuals who have gained a worldwide recognition and promoted the ideas of the Festival.

22. In 2020, the International Jury shall consist of no more than 12 members, including the Chairperson of the Jury, the secretary in charge and the technical secretary.

23. The evaluation criteria of the Contest performance is established by the Jury members at their first meeting, held prior to the Contest opening.

24. The Jury shall evaluate the performance using a ten-point system. The minimum evaluation point is 5 (five). Points obtained in the two voting rounds during the two contest days shall be added.

25. The final decision is taken by the majority of votes after the Jury’s discussion and voting by open ballot. Each Jury member is entitled to vote once. In case the votes are equal, the Chairperson of the Jury shall have the deciding vote. If in the work of the Jury arise contentious issues, the opinion of the Chairperson is decisive.

26. The Jury shall announce the Grand Prix Winner, 1 Prize Winner, 2 Prize Winner, 3 Prize Winner, and diploma holders of the International Children Music Contest “Vitebsk–2020” on the basis of the two-day total score and the Jury’s discussion.

27. Grand Prix shall be awarded to the participant who gets the highest score according to the added two-day voting results.

28. The Jury is entitled to equally divide the Prizes (excluding Grand Prix and 1 Prize) between two participants who have scored equal points or have the difference of two points or less.

29. The Jury members shall make no public evaluation of any participant during the course of the Contest as well as no comments regarding discussions and debates at the Jury meetings.

30. The Jury members meet in closed session; the decision of the International Jury is final and not subjected to any changes.

31. Should the International Jury decide that no participant meets the established criteria for awarding the Prize for the lack of merit (including Grand Prix), the Prize goes unawarded.

32. The final decisions of the International Jury are registered and written up in the Russian language and kept in the Board of Directors.

33. The International Jury shall work according to the established Rules and Regulations.

4. THE AWARDS AND PRIZES

34.The awards and prizes according to the results of the contest performances are the following:

Grand Prix – US$ 5000 (five thousand US dollars), a special prize and the Diploma of the Grand Prix Winner of the XVIII International Children Music Contest “Vitebsk-2020”.

First Prize – US$ 3000 (three thousand US dollars), a special prize and the Diploma of the First Prize Winner of the XVIII International Children Music Contest “Vitebsk-2020.

Second Prize – US$ 2000 (two thousand US dollars), a special prize and the Diploma of the Second Prize Winner of the XVIII International Children Music Contest “Vitebsk-2020”.

Third Prize – US $1000 (one thousand US dollars), a special prize and the Diploma of the Third Prize Winner of the XVIII International Children Music Contest “Vitebsk-2020”.

36.On decision of the Board of Directors and the International Jury, the Grand Prix Winner takes part in the Opening Ceremony of the Festival, without a fee.

37.Organizations, enterprises, companies and associations of any type of ownership, mass media agencies, prominent culture and art workers and pop performers are entitled to establish Special Prizes. The Prizes are to be approved by the Board of Directors and the International Jury of the Contest. The amount of the prize is not to be less than US $ 500 (five hundred US dollars).

38. The participant of the Contest (contributing party, legal representative of the participant), applying for participation in the Contest, guarantees that he/she has the following rights to use the declared musical works with the text, including objects of copyright and related rights in their use:

- right to perform a musical work;

- right to use a musical work within the framework of the International Festival of Arts “Slavianski Bazaar in Vitebsk” and further multiple (without restriction) use of the work in the following ways: recording, broadcasting, cablecasting, communication to the public through the Internet, satellite communications, IPTV, MMDS systems, OTT systems, mobile technologies, processing, public performance, public display, translation into another language, reproduction, import , distribution;

- possibility of sublicensing of the granted rights to third parties.

39. The participant of the Contest (winner/diploma holder) shall grant the Board of Directors the right to use his/her image in the production of the promotional materials and give his/her consent to his/her name being used in connection with the International Festival of Arts “Slavianski Bazaar in Vitebsk”.

40. The participant of the Contest undertakes to transfer to the Board of Directors free of charge and in full the exclusive right to each contest performance without restriction on the territory of use during the period of validity of the copyright and related rights by all means provided for in paragraph 38 of these Rules and Regulations by signing the appropriate agreement.

42.The participant of the Contest (winner/diploma holder) is not eligible for participation in the following editions of the children music contests in the format of the International Festival of Arts “Slavianski Bazaar in Vitebsk”.

43.Taking part in the Contest, the participant confirms that he/she has read and fully agrees with these Rules and Regulations, will comply with them, as well as the fact that his/her voluntarily provided personal data can be used by the Board of Directors of the festival at its discretion. The signature of the participant (legal representative of the participant) at the end of the completed entry form is required!

44.Should a participant fail to fulfill the Rules and Regulations, he/she is to be disqualified.

45.A participant of the Contest is disqualified for the following reasons:

45.1.breach of the Rules and Regulations;

45.2.damage to the festival image;

45.3.absence from the dress rehearsals;

45.4.deviation from the performance as it was directed at the dress-rehearsals;

45.5.copyright infringement or dispute with the jury, organizers, sponsors;

45.6.pressure on the jury, the organizers for preferential treatment;

45.7.any form of obscenity or vulgarity towards the Organizing Committee, Jury members or the audience.

46.The decision to enact disqualification is taken by the Board of Directors of the festival and Jury members. 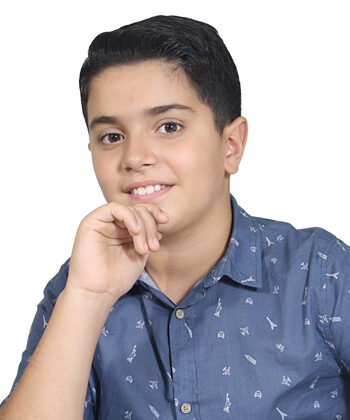 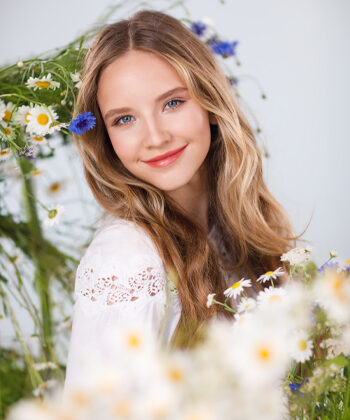 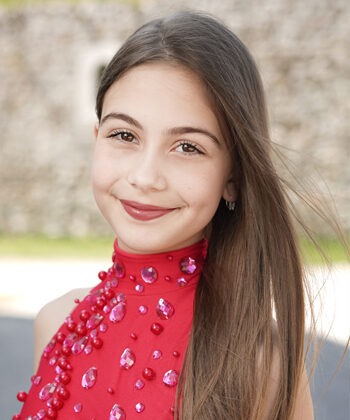 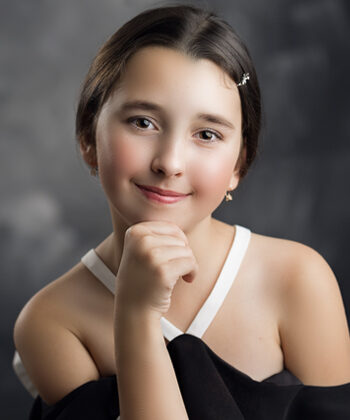 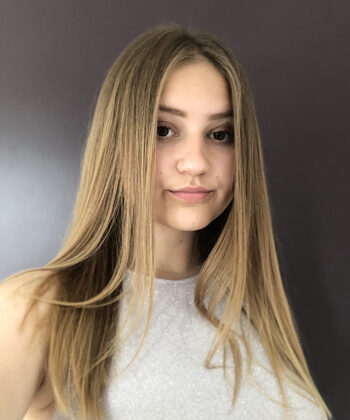 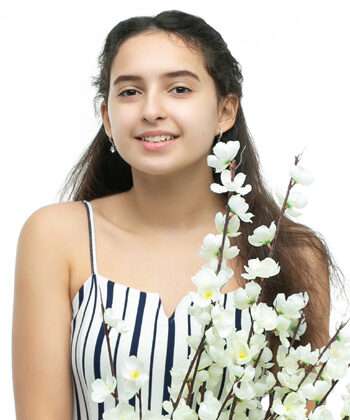 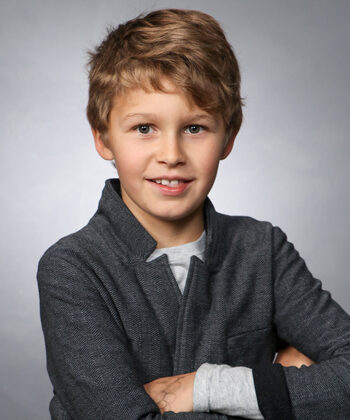 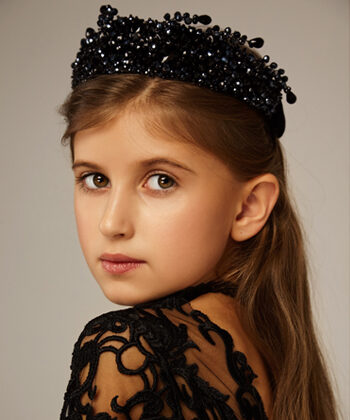 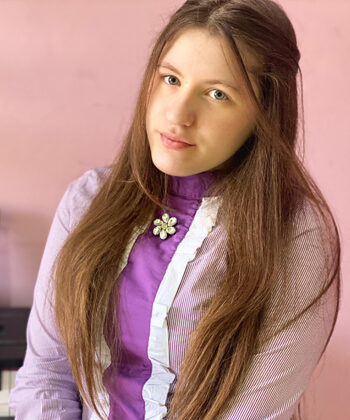 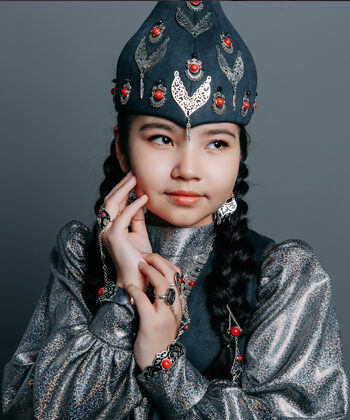 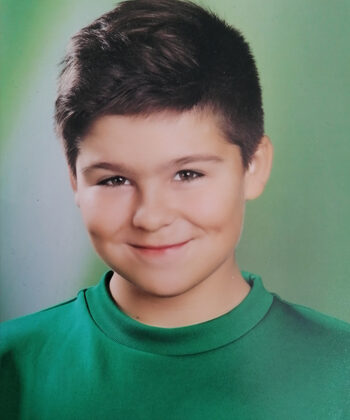 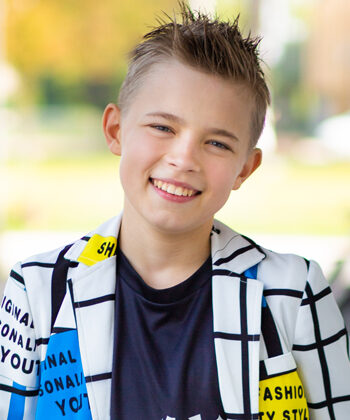 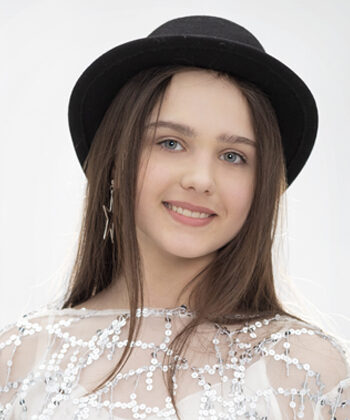 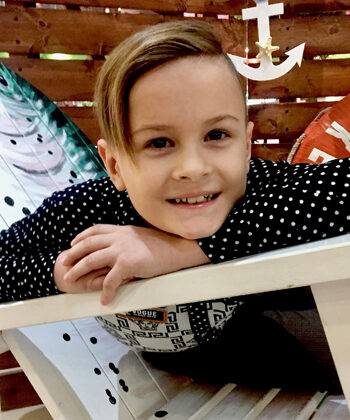 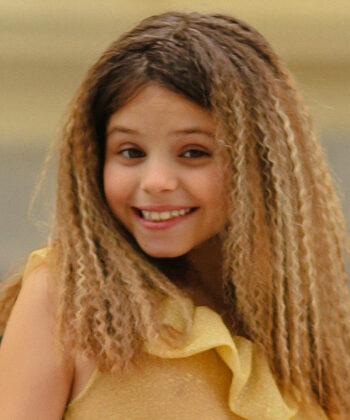 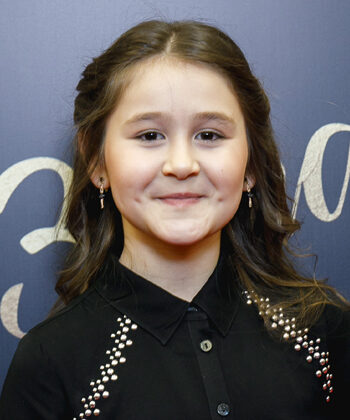 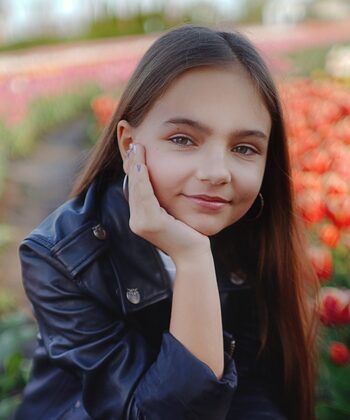 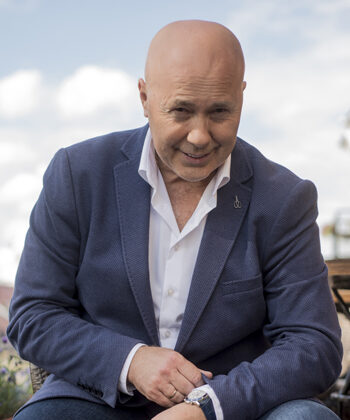 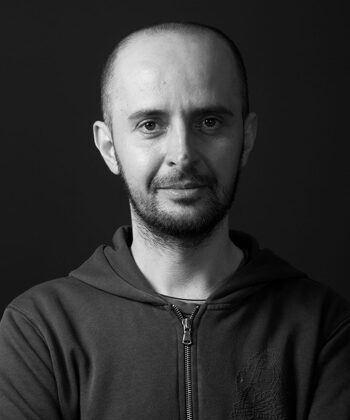 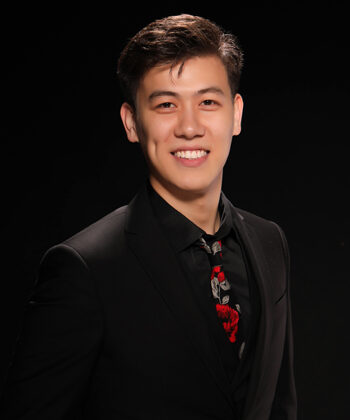 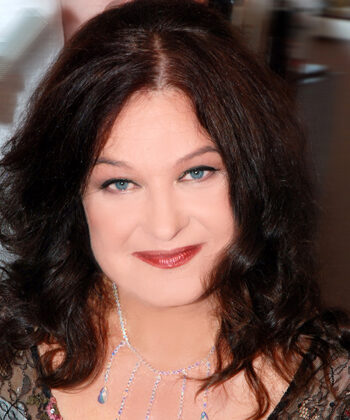 Singer, producer of the International Festival of Hits in Palanga 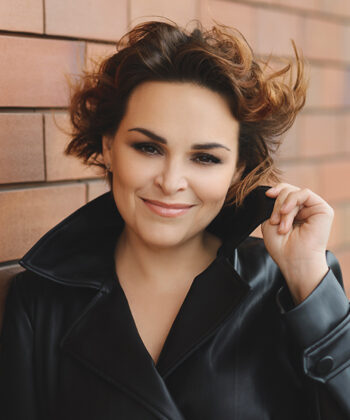 Soloist of the Presidential Orchestra of Moldova, teacher, III Prize winner of the XX International Contest of Young Performers of Pop Song “Vitebsk-2011 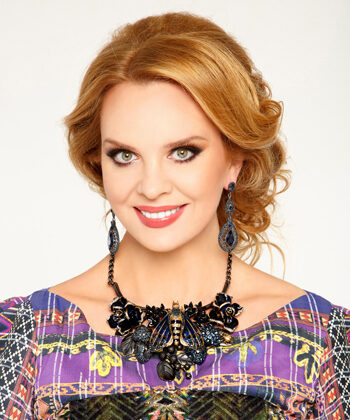 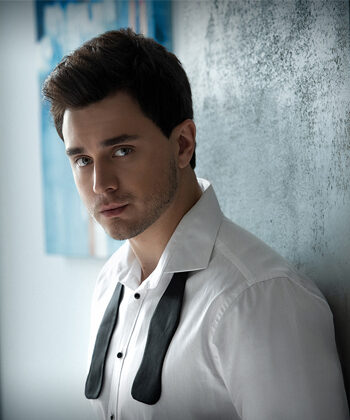